There are essentially four types of mnemonic seed phrases used in Bitcoin:

Why do they exist? What makes them different from each other? Can we identify them easily? In this short guide we’ll try to address these questions.

The main purpose of mnemonic seeds is to convert a very large number (a private key) into a human readable form which can be copied and backed up by humans without using electronic devices. Why is it important? Well, electronic devices and especially Internet connected devices can be hacked into more easily than physical seed backups (for example paper or metal). Internet connected devices and storage enable remote attacks and physical backups require physical access and are much harder to perform.

This format was created in 2013 and has since gained the most traction and use. It supports encoding between 128 and 256 bits of entropy, a checksum and an optional passphrase for additional protection of the seed. The word list is fixed and consists of 2048 words. In addition to the English list there are seven other languages but they’re not used commonly.  This format doesn’t support versioning on purpose (simplicity).

In 2019 SatoshiLabs released a seed splitting format codenamed SLIP39 based on the idea of secret sharing published by Adi Shamir in 1979. The main purpose of this format is the ability to encode the seed in N lists of words in such a way that to recover the seed only M number of shares is required (where M <= N). It’s a threshold seed splitting scheme where one can encode the seed in for example 3 different shares (seed phrases) where only 2 shares are required to recover the seed. Up to 16 shares are supported.

This encoding scheme supports a robust checksum based on Reed-Solomon code that guarantees detection of any error affecting at most 3 words and has less than a 1 in 10^9 chance of failing to detect more errors. Like BIP39 it also supports an optional passphrase for extra protection/multi account setups.

Neither BIP39 nor the Electrum format was robust enough to cover the needs of the Lightning Network Daemon developers who created a  new format in 2018. The main reasons against using BIP39 were:

And so LND AEZEED was created. It is a versioned scheme which encodes a birthday. It supports an optional passphrase and uses the same BIP39 wordlist. The mnemonic seed phrase is 24 words long.

There are a few interesting properties of AEZEED which are worth mentioning:

Does it mean having a mnemonic seed might not be enough to recover a Bitcoin wallet?

Correct. In some cases having just a 12 or 24 word seed might not be enough to recover a wallet. You may not remember which wallet you used to create the seed so recovering may mean trying out a few different combinations and formats. Hopefully the list above will guide you.

Coldbit Steel has it covered

Regardless of which type of mnemonic seed you use, our metal wallet Coldbit Steel can backup them all. It provides space to stamp up to 24 words on a 4mm thick stainless steel plate and a line to stamp the wallet ID. The wallet ID can be a name of the wallet used to generate the seed (eg. Mycelium).

Additionally on the back of the 2mm cover plate there’s space to stamp some of the metadata above to enable easier recovery in the future. The data includes:

Coldbit Steel is the only metal wallet currently available on the market that lets you record this metadata along with the main seed, securely stamped in waterproof, fireproof and acid proof stainless steel and can even withstand 20 tonnes of pressure and store safely for decades.

In addition to the main seed backup each wallet comes with a passphrase backup on a stainless steel, hex rod which can store up to 6 passphrases (each up to 4-6 words long):

If you want to learn more about Bitcoin wallet/key security and best practices for safe storage sign up to our newsletter below: 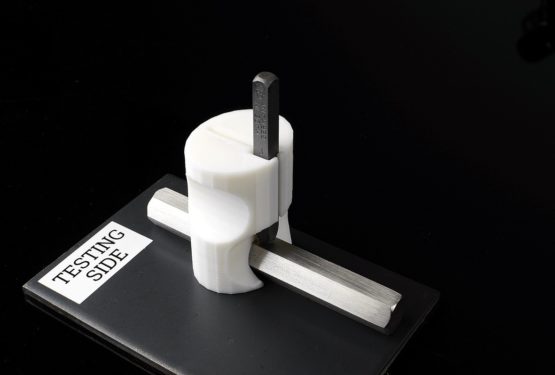